What gets measured gets done.

What gets measured gets done. Sure, it’s a bit of a cliché, but that’s because it’s mostly true. It’s human nature to try hard when we know someone who can impact our objectives is watching us. And we try even harder when we know our efforts are actually being measured. So let’s talk about youth hockey.

What do we measure in youth hockey?

All coaches want their players to ‘practice like they play,’ but the simple reality is that the incentives are different. Of course players (and parents) like games. Games have intensity, competition and scores, and they deliver the only real stats tracked in youth hockey: wins, losses, goals, assists, penalty minutes, saves / save percentages, and maybe plus / minus.

Sure, players may know they’re being judged to some degree on their performance in practice, but they’re not seeing the results on any kind of stat sheet. It’s games that incentivize players by providing the metrics by which they (and others) naturally measure ‘success’.

Makes sense, right? We didn’t think so either.

Behavioral scientists know that telling people they’re being measured and then periodically showing them the results of their own actions relative to themselves or others can be a motivational force.

PowerPlayer practice ratings introduce an element of competition and ‘scoring’ to practices. By letting players know that—from time to time—their coaches will be rating their effort in practices (they won’t know exactly which practices are being rated unless the coaches tell them) makes them more likely to put in a little more effort every time. After all, today might be the day! And by calculating and visualizing a ‘score’ related to practice effort that factors into a player’s overall rating as a hockey player, we’re sending a clear message that this stuff counts. Because it counts in so many ways. 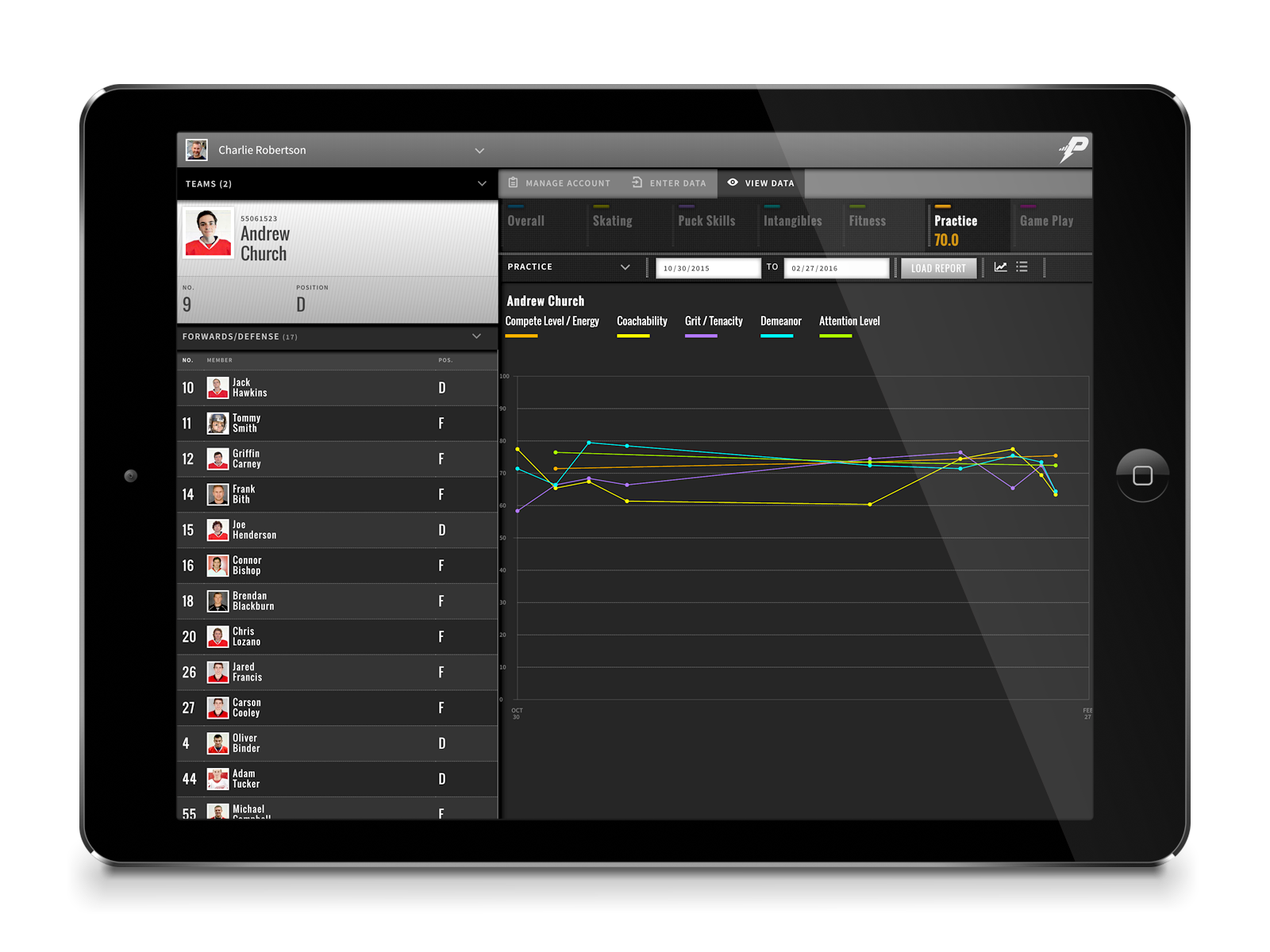 Hard work is huge in hockey—and in life. There are countless examples of hardworking teams outperforming more talented but less intense opponents on the ice. And in business. The simple act of acknowledging practice effort by putting a number to it literally shows young athletes that coaches value it. Coaches (and parents and teachers!) know that good practice habits lead to good game habits—and good life habits. We could be wrong, but we’re guessing that over six or eight or ten years, the net result of incentivizing kids to try just a little harder in practice will pay dividends for them as athletes and as people.

Because simple things like possessing a positive demeanor and strong effort level mean as much at school and the office as they do at the rink.