Technology and sports are a match made in…

When a missed hand pass resulted in a playoff game-winning overtime goal for the San Jose Sharks, the hockey world went wild. While the four on-ice officials apparently saw nothing, replays in super slow motion broadcast to millions and then shared to millions more over social media clearly showed the infraction that led to the goal. The arguments for and against replay use in officiating ramped up faster than even Ron Burgundy might have been prepared for.

Some argue that human error is part of the game and that we should accept and embrace it. Others argue that if we have the tools, we should use them. No matter where you fall in the spectrum of the discussion, there’s no question that the technology is there — it’s simply the decision to use it or not that’s at the heart of the matter.

When it comes to teaching the game, using technology is a lot less contentious.

For example, thanks in large part to Captain Video — the inimitable Roger Neilson!! — video has become an incredible instructional tool in hockey, enabling players to see exactly what their coaches are seeing. And while employing video in youth hockey used to be a hugely expensive and cumbersome prospect, who among us doesn’t carry a camera and editing suite around with us most of the time? Advances in mobile phone cameras and software have literally placed the next generation of teaching and coaching tools in our hands.

Uploading the odd iPhone or YouTube video, a few ratings, and a comment or two into a young player’s PowerPlayer account every now and then helps coaches make instant, private connections, clarifies instructional communication, and captures moments that can be reviewed later to show improvement.

That accomplishes a whole lot in a very short time. 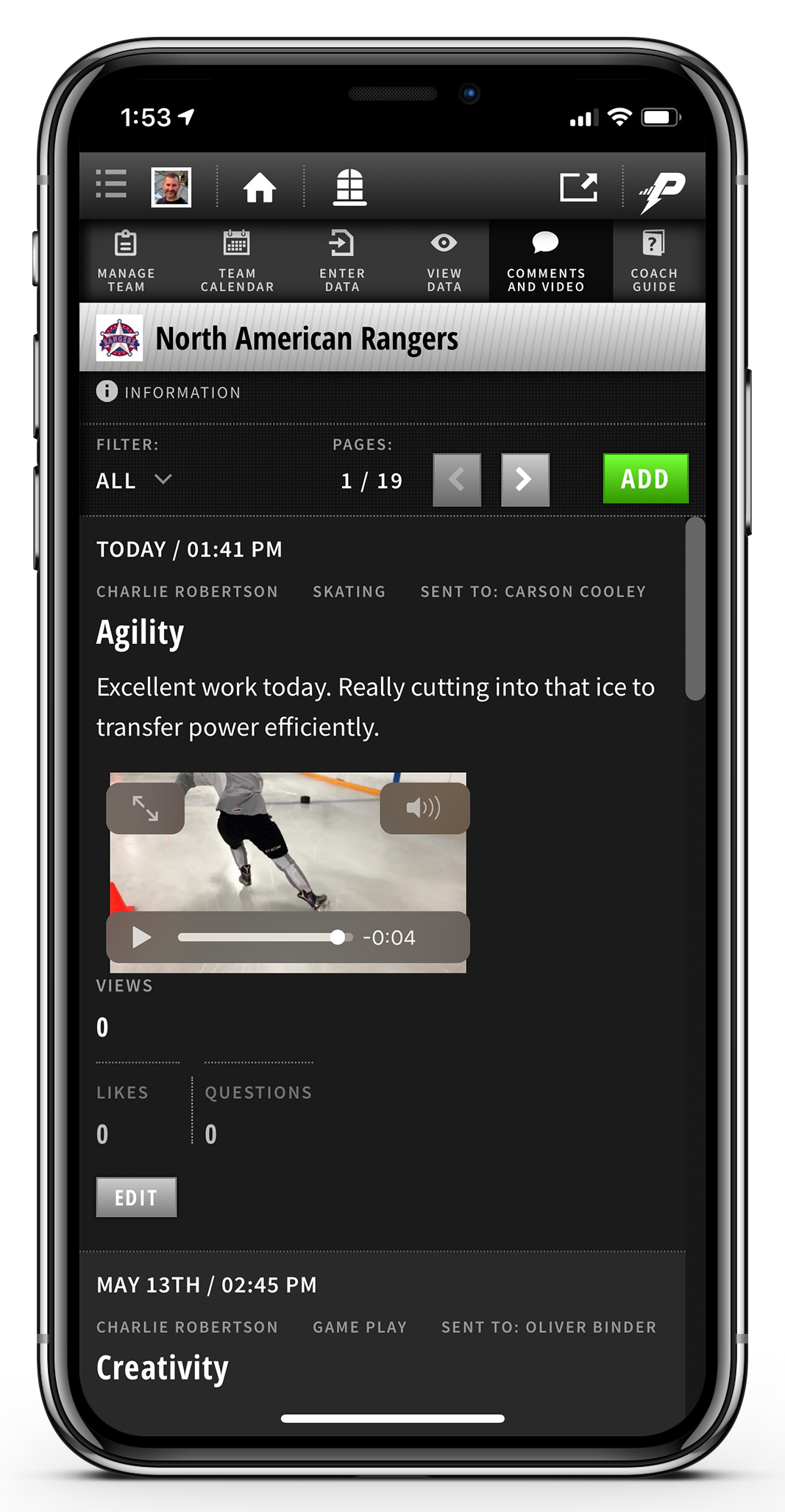 First, showing a kid their skating or shooting technique in slo-mo is a powerful way for coaches to point out the subtleties of stick position, weight transfer, edge work, stride, extension, arm swing, or any other aspect of skill development that might benefit the player.

Second, kids basically go nuts when they see themselves doing things on video, and most tend to learn faster when they can see what their coaches are talking about.

Third, you’re reaching kids where they live — on their screens.

And let’s face it, pretty much anything hockey in slo-mo just looks cool!