Doug Mackenzie played his youth hockey in Scarborough, Ontario, St. John’s, Newfoundland, and Markham, Ontario, and played at Seneca College before heading for the world of business. When his now 30 year old son started his hockey career at age 5, Doug’s 25-year coaching career began. Coaching his two boys and one daughter through youth hockey was such a fun ride that he continued coaching AA hockey as a non-parent, and he recently became owner of Mississauga-based Front Line Hockey School, where he focuses on providing skills development for House and A level players.

Your hockey school is focused on House and A level players? Why?  I purchased the hockey school from a neighbor and friend with whom I’ve spent many hours talking coaching philosophy. I’ve always felt that hockey should be accessible to any kid who shows interest and enthusiasm, as opposed to an ‘elite’ sport governed by dollars. So when the opportunity arose to purchase the school from the retiring owner, I jumped at the chance. It allows me to offer House and A level kids the kind of development instruction and ice touches that are normally targeted at ‘elite’ players. It’s incredibly rewarding to see those kids improve their skills and confidence. They work hard because they love it and I think both the kids and their parents really appreciate the chance to grow and succeed. For example, we ran our Pre-tryout camps in April, and quite a few of those kids — some of whom had been reluctant to even go to tryouts for the next level — made A or AA teams. That’s just fantastic.

What first attracted you to PowerPlayer?  Honestly I found PowerPlayer during a Google search. I was trying to find something that would enable me to communicate more efficiently and effectively with both players and parents, and it immediately got my attention. After trying it out with the Minor PeeWee AA team I was coaching last season, and seeing how much the kids loved and remembered the feedback we provided through the system, I was convinced it was the right way to go.

How are you integrating PowerPlayer into your school programs?  We’re implementing PowerPlayer in every aspect of the school. We run camps continuously — from pre-tryouts to summer, Christmas, even ongoing in-season camps — that give our kids the same kind of skating and puck skills development that their AA and AAA friends all get. We’re also rolling out a series of monthly PowerPlayer combines, where any player with a PowerPlayer account can come and get some metrics, ratings, and instructional commentary or video from our coaches.

What’s been the reaction to PowerPlayer from your players and parents?  The kids love the feedback. I really feel that they take in and remember the things I tell them through the system much more than anything I might tell them verbally on the ice in the middle of a practice. I think it’s just the way they like to receive information now. Many of the parents have commented that they can immediately imagine the value in data that tracks their child’s progress and improvement over time, and that being able to actually see what my coaches and I are telling their kids is very informative.

What aspects of PowerPlayer are you using the most, and why?  I get really excited about the mechanics of PowerPlayer! It’s a very short learning curve to figure out the system, what kind of drills it offers to measure skating, puck skills, and fitness, as well as the practice, intangibles, and game play ratings. It’s really easy to input data. But I think my most frequently used feature is the comments, especially after practices. I can give the players some really helpful feedback, and I’m starting to include more short video clips to show them specific things about their stride or edge work and things to focus on.

Have you seen improvements in your players as a result of the feedback you’re giving them?  I’ve definitely been able to help players with specifics as a result of what we’ve seen in their data. For example, we noticed that one center’s face-off ratings were showing that he struggled in certain situations. And he knew he was struggling so his confidence was sagging. As coaches, we realized we were basically setting him up to fail. So instead of trying to force a correction on him, we keyed on one of his real strengths — very quick first three steps — and told him that in certain face-off situations we wanted to swap him out with a winger who’d take the draw so we could use his speed to our advantage. Bingo! He loved the opportunity to shine, and our success rate in those situations improved considerably. Of course his confidence shot back up too. All good!

What do you feel PowerPlayer does for you as a coach?  Well it definitely allows me to communicate easily and effectively. One other thing I think is that as a coach you can sometimes be guilty of making assumptions about kids early on — like you’ve decided that a certain player is your top center or d-man. What we found is that by using PowerPlayer, we actually paid attention to every player as individuals continuously. Some of our early assumptions were not validated by the data, especially when it came to things like work ethic at practice, and some kids just showed so much improvement and effort in practice that it was undeniable.

How do you feel PowerPlayer benefits you as the owner of a hockey school?  Right now PowerPlayer certainly differentiates us from other schools. Maybe not for long! Having the ability to provide feedback this way and involve parents in their kid’s hockey lives is fantastic. When we share feedback through PowerPlayer we know we’re sharing the beginning of a conversation that might never take place otherwise. How cool is that?

Now the parents can literally see what the coaches said. They can better understand where to focus if their child wants to get better. What specific skills or attributes should they try to help the child improve? What kind of camp should they put the child in?

One other major benefit is that PowerPlayer data is fantastic backup for the one-on-one meetings we hold from time to time. For me to have a record of what my coaches measured, and what they provided in terms of evaluations and instructional feedback along the way is phenomenal.

Looking ahead to when kids have six or seven years of PowerPlayer data, what value can you imagine from that?  As a scouting record for down the road, that data could be incredibly valuable because it really paints a complete picture of a player. For a hockey player or parent to be able to review long term progress and possibly share it with a future coach is really unique.

That’s really my word for PowerPlayer: unique. It makes our camp and school unique. It allows me to provide something unique to each and every player any time I want. And it really unifies the coaches, player and parents. And that is totally unique. 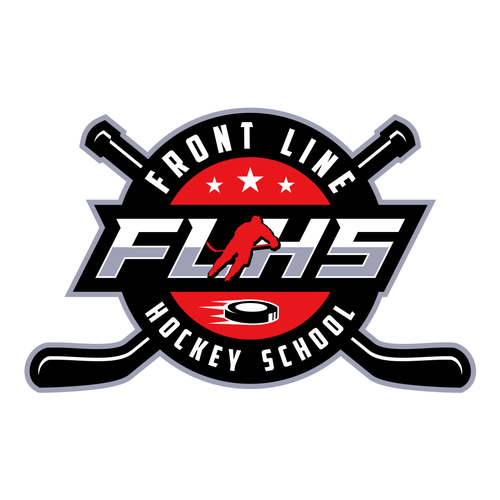